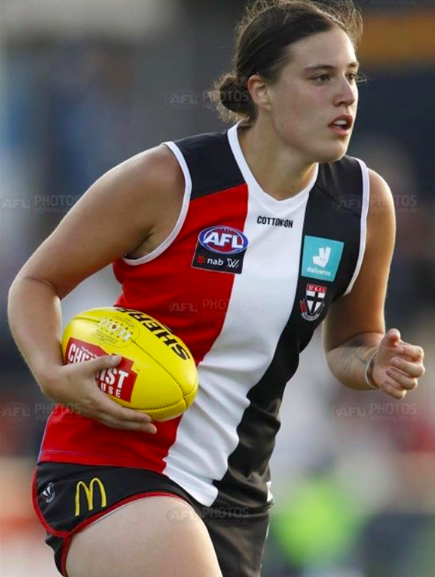 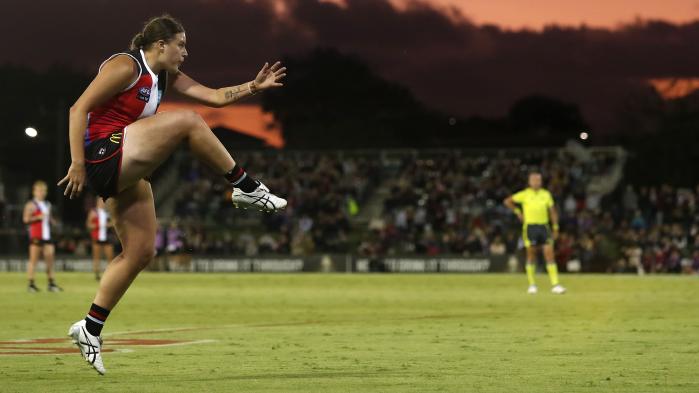 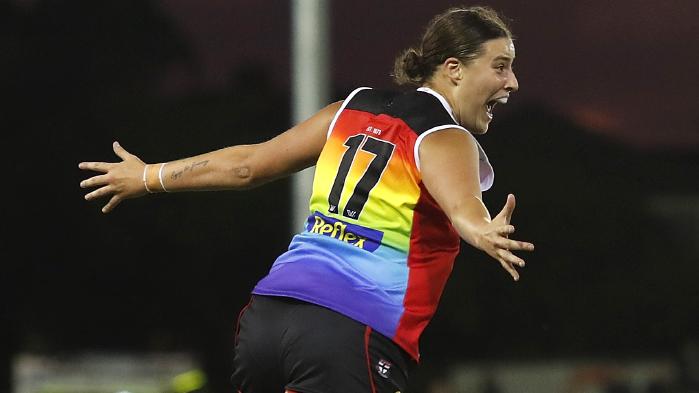 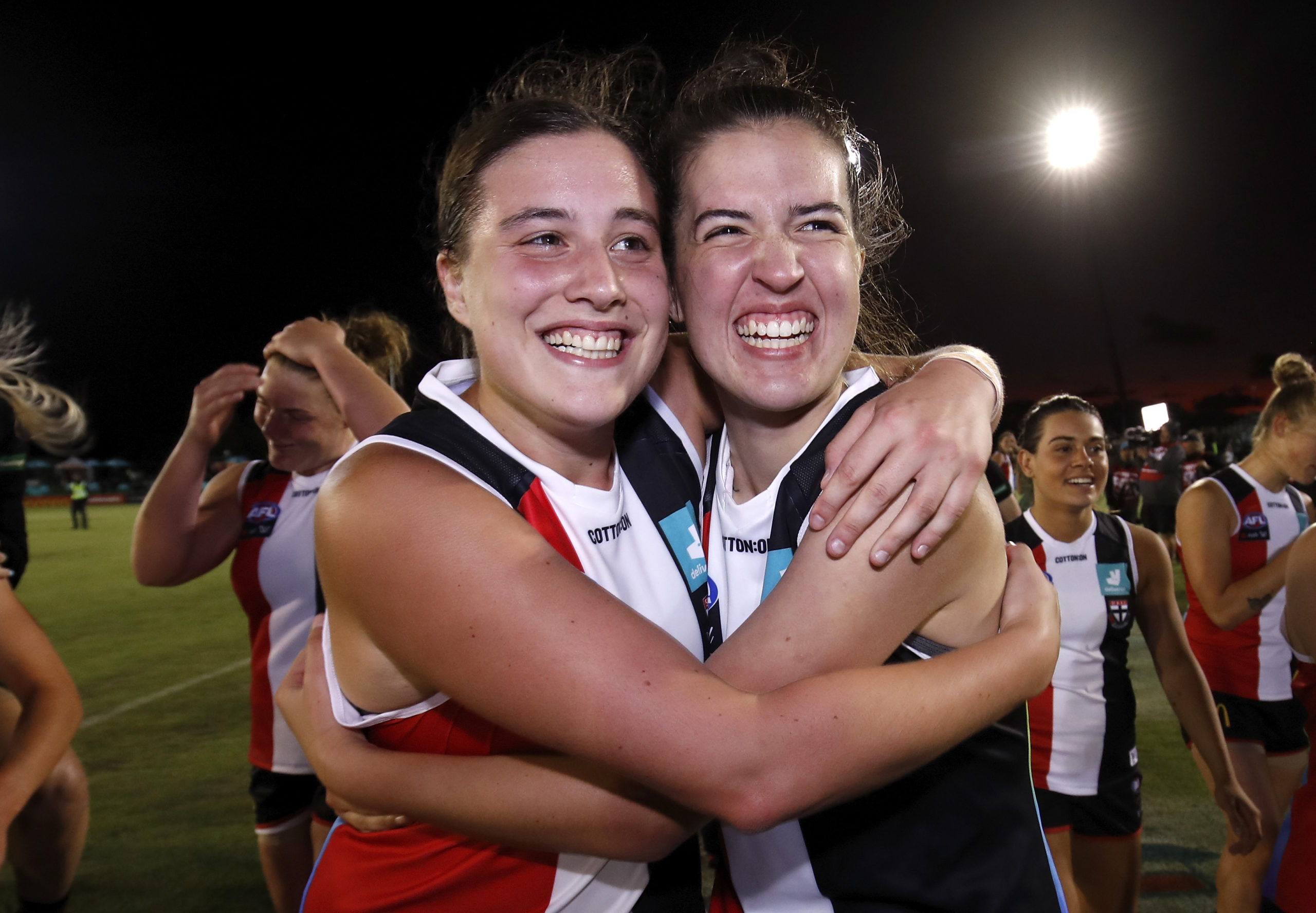 An absolute powerhouse up forward with a potency for goal, Caitlin Greiser is arguably St Kilda’s most damaging weapon heading into 2020.
The former soccer striker topped the Southern Saints’ goalkicking for 2019 with 22 goals, earning herself a place in the VFLW Team of the Year at full forward as a result.