Luke and the International Rules Series

The Australian International Rules squad training camp in New York has concluded with the players, family and staff jetting off in order to arrive in Dublin on Tuesday afternoon ahead of the one-off International Rules Test this Saturday (6am, Sunday AEDT). The training intensity will now go up a notch for the Aussies in Dublin as they look to sharpen their skills with the round ball and prepare for a determined Irish outfit. The players, including OMP Sports man Luke Breust, have loved their 5 days in the Big Apple, training hard but also familiarising themselves with their new teammates and not missing the opportunity to see what the amazing city has to offer. 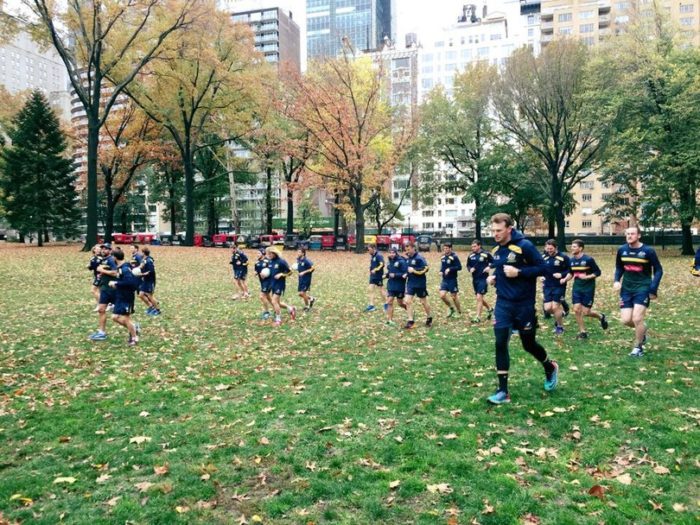 The camp began on a high on the Wednesday with the boys celebrating Luke’s 25th birthday and things only got better from there with the squad left buzzing after being treated to a dream run of US sport. Not only were the players lucky enough to witness the best basketballer on the planet as LeBron James’ Cleveland Cavaliers came to town but they also were in the stands for one of the best NFL games of the season when they watched Tom Brady’s Patriots get over the New York Giants in the final second of the match. Luke loving some NFL action with Danger and Harry Taylor

For Luke, these amazing experiences follows a trip to Europe with his girlfriend, Anthea, that included being taken on a special tour of Wimbledon by none other than Australian tennis legend, Pat Cash. 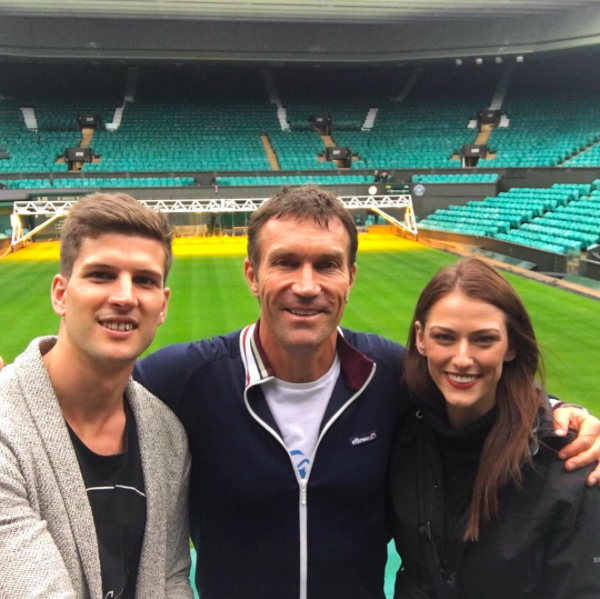 Luke with Anthea and Pat Cash at Wimbledon

A huge sport fan, the last couple of weeks have been like Christmas for Luke but he now looks ahead to what will surely be a physical and challenging game on Saturday.

Wishing him the best of luck!