OMP Sports Management is excited to announce that Neville Jetta from the Melbourne FC has joined the team!
Neville who was drafted in 2008 has become a pivotal member of the Melbourne FC’s back six. His run and carry combined with his ability to close down opposition forwards has made him one of the most damaging and reliable small defenders in the game.
2017 was an outstanding year for Neville, earning both a spot in Australia’s International Rules Series as well as selection in the All Australian squad.
A hugely driven individual both on and off the field, OMP Sports look forward to working closely with Neville to help him achieve his goals, both football and business related! 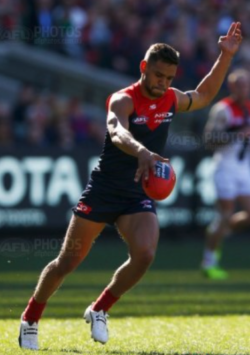