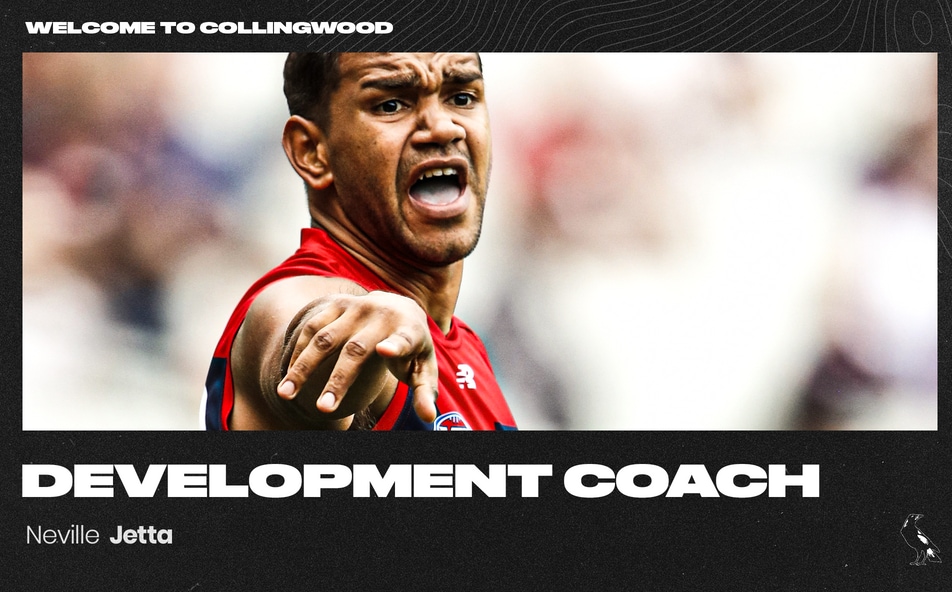 Respected across the AFL industry for his contribution to the game on and off the field, the recently retired 31-year-old will marry development and mentoring responsibilities with an on-field role as a VFL player.

Jetta joins the club after playing 159 games with Melbourne. He called time on his 13-year career in an emotional tribute to his teammates following Melbourne’s 2021 premiership.

Jetta was an All-Australian small defender in 2017, a personal triumph after being delisted five seasons earlier. He took hold of a second opportunity with the Demons as a rookie and became one of the best one-on-one defenders in the game.

In 2018 Jetta was awarded Life Membership by the Demons and he was twice selected for the Indigenous All-Stars.

Collingwood is in the process of bolstering its development program, with almost half of its list consisting of players who are in their formative football years.

At present, 20 players are in the 1-3 year phases of their careers.

Collingwood GM of Football, Graham Wright, said the club’s development program has been a leading priority.

“We are focused on investing in development. Given our list profile and the fact that many of the young players coming into the system have not played a lot of football over the last two seasons, due to COVID-19, it is important we provide a first rate football education,” Wright said.

“Neville is someone we identified some time ago. He is widely respected not only for his football but for his work off the field. He is passionate about helping people.

“He forged a very good career and did it the right way. We believe he will be an excellent addition to our program.”