Ranked 15th in the AFL for intercept marks in 2018, Alex had to initially begin his season in the SANFL due to suffering an ankle injury early in the year. 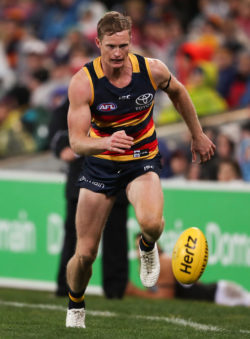 Alex fought hard to regain his fitness and push for senior selection and when the opportunity presented itself in Round 17 against Geelong, Alex grasped it and never looked back.

Becoming one of Adelaide’s most reliable and consistent defenders by the end of the year, Alex will look to springboard from his strong end of season performances as the Crows look to return to finals football after missing out in 2018.

At a glance (SANFL):

Keath was a rock in Adelaide’s defence in the side’s Round 18 win over the Lions with seven rebound 50s, four intercept marks, four spoils and 12 disposals at 83.3 per cent efficiency.