“Story of the Draft” as Yestin Eades becomes a Bomber

Yestin Eades is now an AFL player after being drafted to the Essendon Football Club, the club he supported growing up, with pick 64 of last month’s AFL National Draft. Yestin in his new colours

Yestin’s journey to becoming the latest number 35 for the Bombers is a remarkable story of resilience, strength and hard work.

Originally from the Perth suburb of Midland, Yestin had an incredibly tough childhood, growing up with his father behind bars and his mother in and out of jail. Yestin and his two brothers therefore relied on his aunty, who Yestin described as an “amazing woman with a very big heart.” Despite the best efforts of his aunty, Yestin started getting into trouble himself and an AFL career looked a long way off.

As a member of the AFL Academy, Yestin’s footballing talents were well known to the AFL and last year they proposed a life-changing shift across the country from sunny Perth to chilly Ballarat with Yestin to board at St Patrick’s College and play for the North Ballarat Rebels in the TAC Cup. Yestin knew the move would be incredibly difficult but also knew that a new environment would be his best chance of staying out of trouble and living out his dream of becoming an AFL player.

Despite being warned that Ballarat was going to be cold, it was still a big shock when the Victorian country town delivered snow on Yestin’s first day there. “I had never seen snow in my life,” Yestin said. “I was looking up and around thinking, what have I got myself into?”

Despite the rude introduction, Yestin persevered in Ballarat and adjusted to life in his new school. With help from the St. Patrick’s Indigenous program and Phil Partington, regional manager of the Rebels, Yestin started developing as a person, becoming more confident and garnering a thirst for knowledge and learning. After moving to Ballarat Yestin didn’t put a step wrong, impressing his teachers with his behaviour, his presentation and his respectfulness. His footy developed as the year progressed as well. Yestin showed off his immense natural ability, kicking 12 goals in 12 games for the Rebels while averaging 14 disposals and 4 tackles a game. A 5 goal bag against the Eastern Ranges in August was a particular highlight as was a late season VFL call up for the North Ballarat Roosters in a game which he starred, receiving two Liston Medal votes as the second best player on the ground. Yestin also had solid U18 National Carnival for Vic Country, playing 4 games and taking the chance to show his elite running ability in front of AFL recruiters. Yestin kicking goals for the Rebels

A versatile footballer, Yestin can play as a half forward, through the midfield or at half back and already runs like a seasoned AFL player. His GPS numbers were by far the best of any Vic Country player with his intensity, his running and his speed. While he still loves to kick spectacular goals and “doing flashy stuff,” he has added a harder edge to his game this year and can also be relied upon to do all the tough stuff too. Phil Partington aptly described him as a “player that makes things happen when the ball’s around him.” 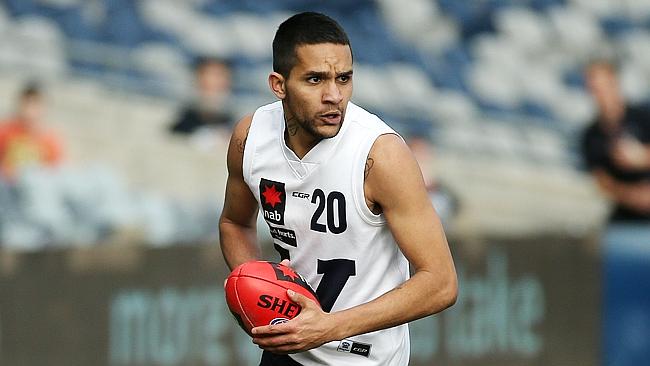 Adrian Dodoro, Essendon List Manager, called Yestin’s achievement at getting drafted “very inspirational and a little emotional as well.” Phil Partington labeled it “the story of the draft.” To overcome the adversity and challenges that Yestin has been through and for him to not only achieve his dream of becoming an AFL footballer but also change his life around is a testament to Yestin’s incredible resilience and character and truly is a remarkable story. 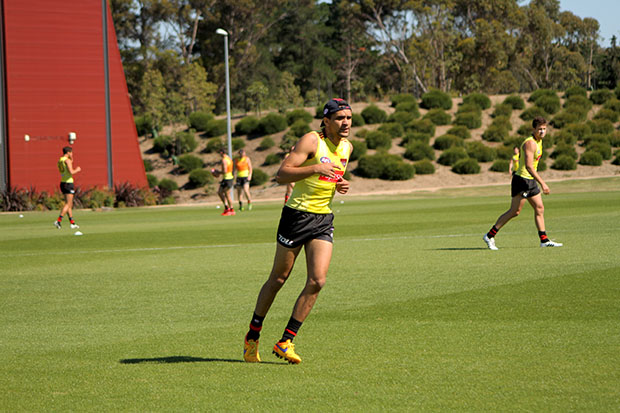 1st day on the job

We are so thrilled that Yestin has been given the chance by the Essendon Football Club and we are excited to support him throughout his AFL career and beyond.