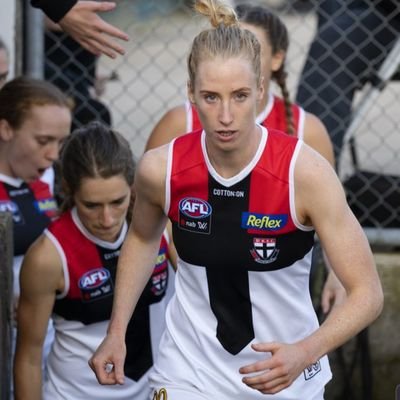 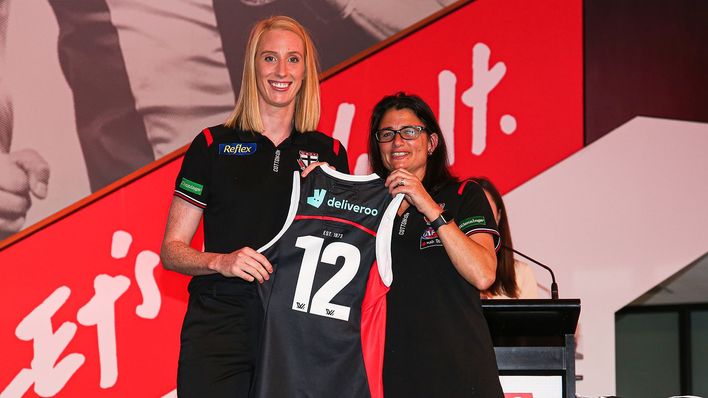 Kate Shierlaw’s story from a delisted Blue to co-captain of St Kilda is proof that perseverance pays off.
After spending a year out of the elite level of competition and plying her trade for the Southern Saints, the key forward was given the news by partner Emma Kearney that she’d be making an AFLW return in red, white and black.

Shierlaw was regarded as one of the best football minds in the 30-woman squad, utilising her vocal leadership and vision to spur the Saints forward in its maiden season.

Her leading patterns and ability to create space similarly allowed forward powerhouse Caitlin Greiser to thrive, with the latter topping the AFLW's goalkicking tally for 2020.

The rangy forward was strong in the air, finishing equal-second for in St Kilda’s marks and contested marks tally before hitting the scoreboard in the final two rounds of the year.

Shierlaw was again elected as co-captain of the club heading into Season 2021 alongside Rhi Watt, Cat Phillips and new inclusion Hannah Priest.