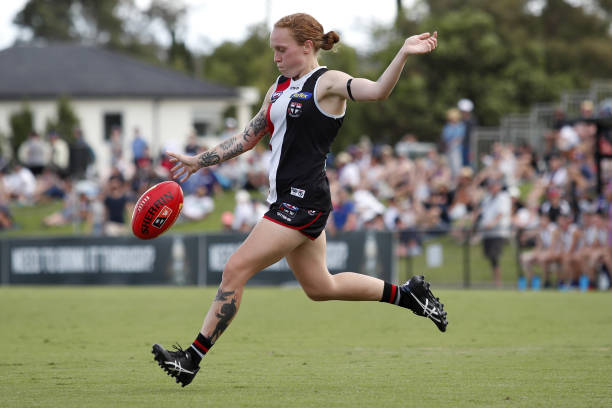 Tilly Lucas-Rodd's second season in red, white and black was a great many things, but ‘ferociously consistent’ is arguably the term to best describe it.
Whether it be through her attack on the contest, dependability in driving the Saints out of danger or output on game-day, the gritty defender refused to back down, even in light of heavy defeats.

Despite her role across half-back and as a pinch-hit force through the centre, the vice-captain finished the year second for St Kilda’s rebound-50s, intercepts and metres gained and – incredibly – third for total disposals.

While Lucas-Rodd’s on-field impact has been a regular occurrence, her off-field advocacy has been just as prevalent, particularly in the LGBTQIA+ space to promote equality, make change and inspire others to do the same.